Testing write.as –> ghost. Will it work?

I'm testing a new feature! Will it work? Well if this shows up on Ghost, and Twitter. Then yes! 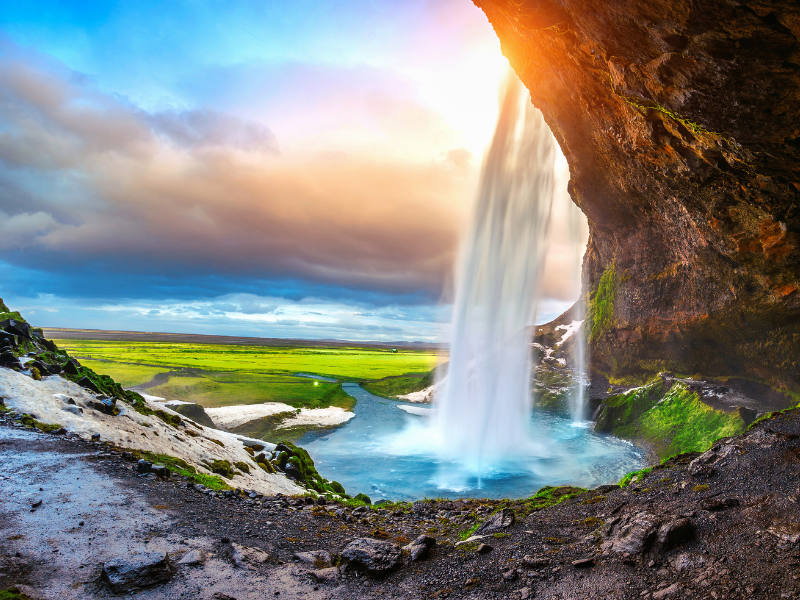 A lot of pieces of this “puzzle” of creating something cool seem to be falling together. Working on Notebooks in Observable. Playing with Kaboomjs. Writing blogs here at Write.as, and trying out creating a “platform” with Ghost.org. I've been trying to find a place to write a new serial novel, and perhaps via blogging / ghost I can do that. Can I finally get an “audience” who would find what I do worthwhile? The only way to see is to try.

I'm editing this later after posting. I forgot to mention some other sites I'm using like Canva, Milanote, Itch.io and of course Github.

For so long I've just been like a person in a room full of tools and material, and I've just been making bird houses and ashtrays. Time to line up all the ducks, get serious, and make some fun stuff. 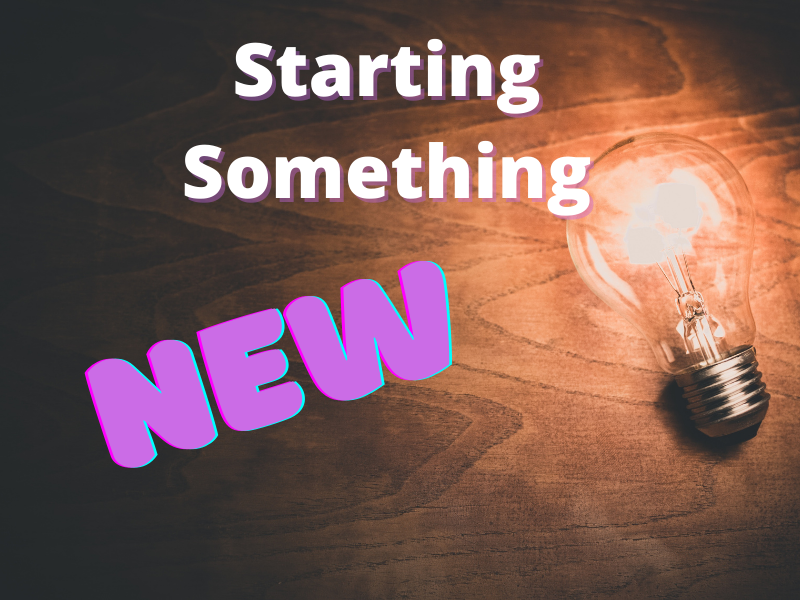 I am always amazed that write.as is the site I keep coming back to in order to post content. They are smart, savvy, and have lots of integrations.

I only wish they had Markdown previews!

This should show up on triptych.ghost.io 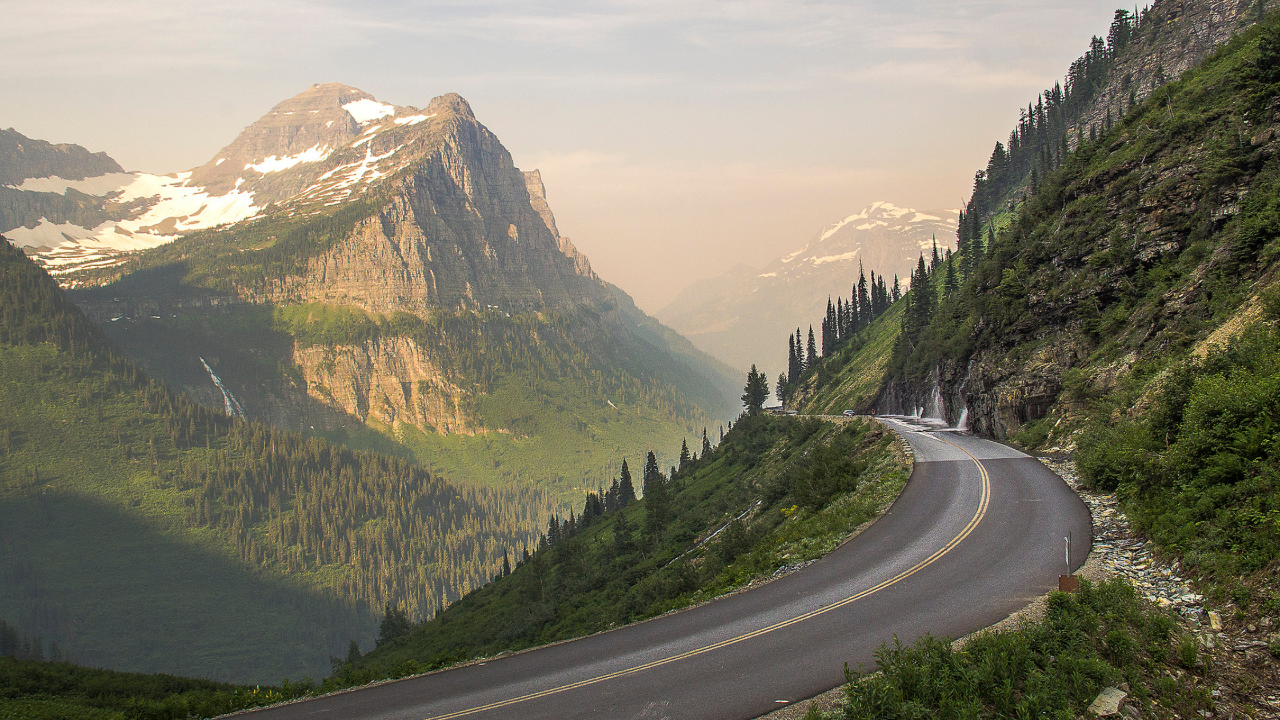 As I sit here on my couch in an apartment I've lived in for years, full of clutter and family and wholly lived in, I think about the journey I have been on, and the direction I want to go in. Every day is like a tiny step. You can only do so much every day. But let it count for something. Take some time to do something you like. Learn something new every day. Fix a thing. Help someone. Be humble. Create.

I'm now 50 years old, but I feel like I'm only getting started. I'm good at some things like HTML, CSS, JS, ( learning SVG ) and I want to learn more about things like Godot Engine, Svelte, WebAssembly, and more.

Ultimately, though, it's about wanting to create. I've learned a lot via Observable and I think I've learned that a Journey should not be taken alone.

When I got married, I thought I knew everything, and my life would just be a continuation of the past, just with another person. I had no idea that my whole life would be changed in ways I could not understand at the time.

Now, I'm married, got 3 kids, working on books, games, coding, and wondering “what's next”? This pandemic has changed the world, and myself as well. It's refocused me on making every day count. And not letting depression steal another moment of time.

Time to do stuff! Have fun! Make things! 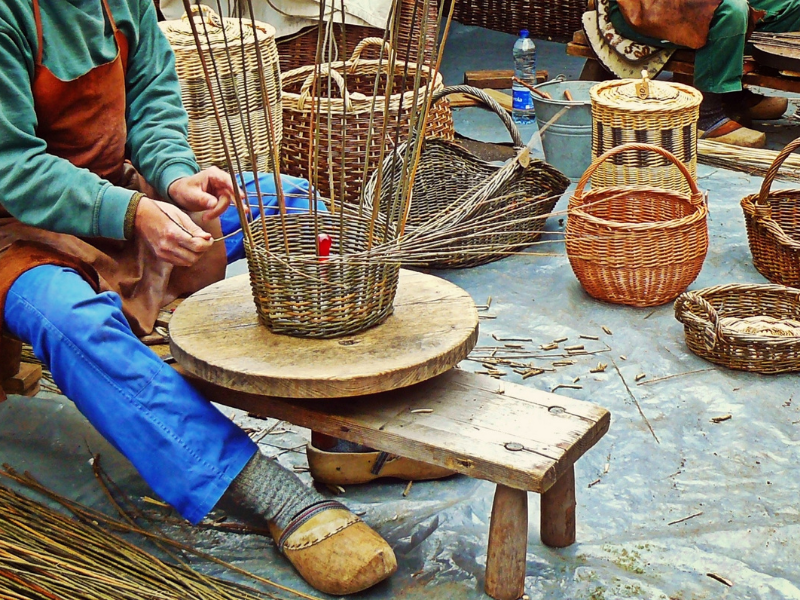 This is my first blog post that is a “day 2”. I am hoping for a “week” streak at least. Writing in the mornings is my goal. The topic is not set yet. Getting words on a page is the priority.

Getting Back to Writing 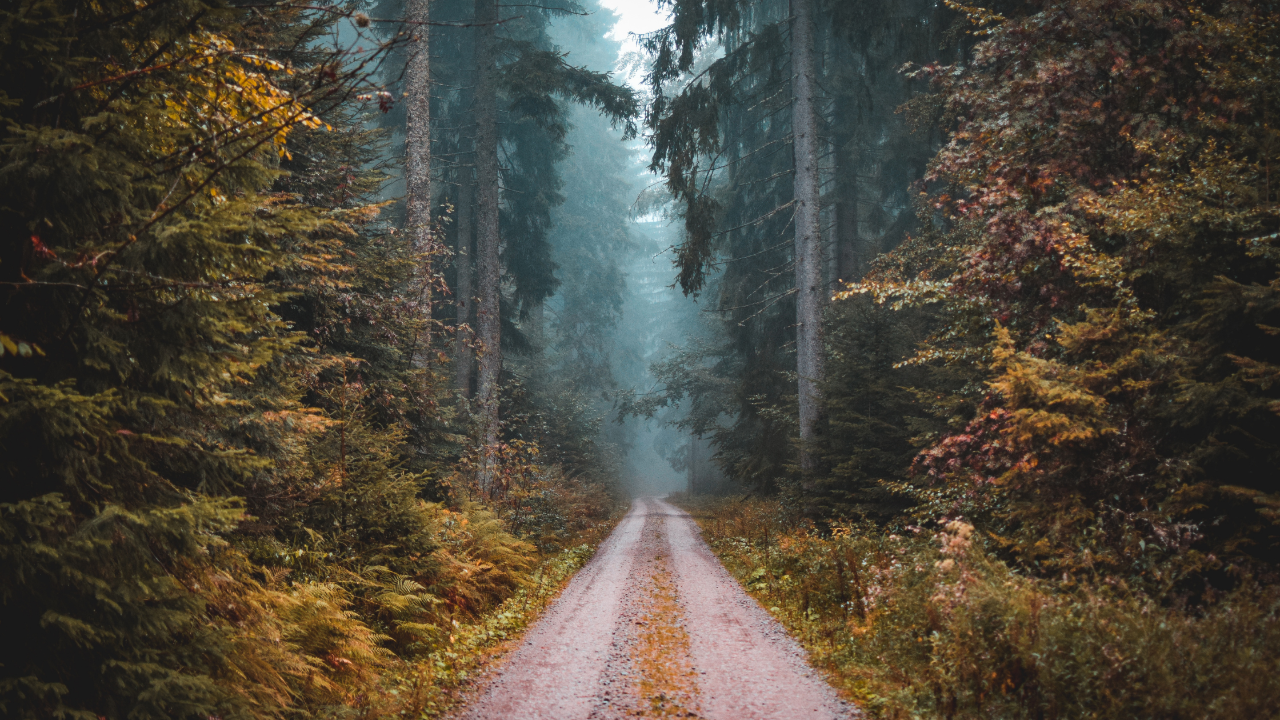 Lately, I've been working on coding projects, but neglecting my writing. Recently Amazon announced something called Kindle Vella. This is intended to be short form, serial fiction which readers pay tokens to get to the next chapter. It really suits my way of writing, so I'm going to see how far I can go there.

I've also neglected my music listening – to my own detriment. I'm trying to correct all of these things with this blog post. I have so much cool stuff I could talk about, and yet I keep silent and see other's gaining readers through posts that are less complicated and involved than I could get to.

Let's fix that! I need to post more often and share what's going on. And maybe there will be something that interests you, dear reader?

First off let's get to some music!

I know write.as does a great job allowing embeds, so I'm testing this out. There are so many things I could be doing here. Now that I'm vaccinated, it's time to step up and step out.

Some Things I Wish I Had Been Told as a Kid 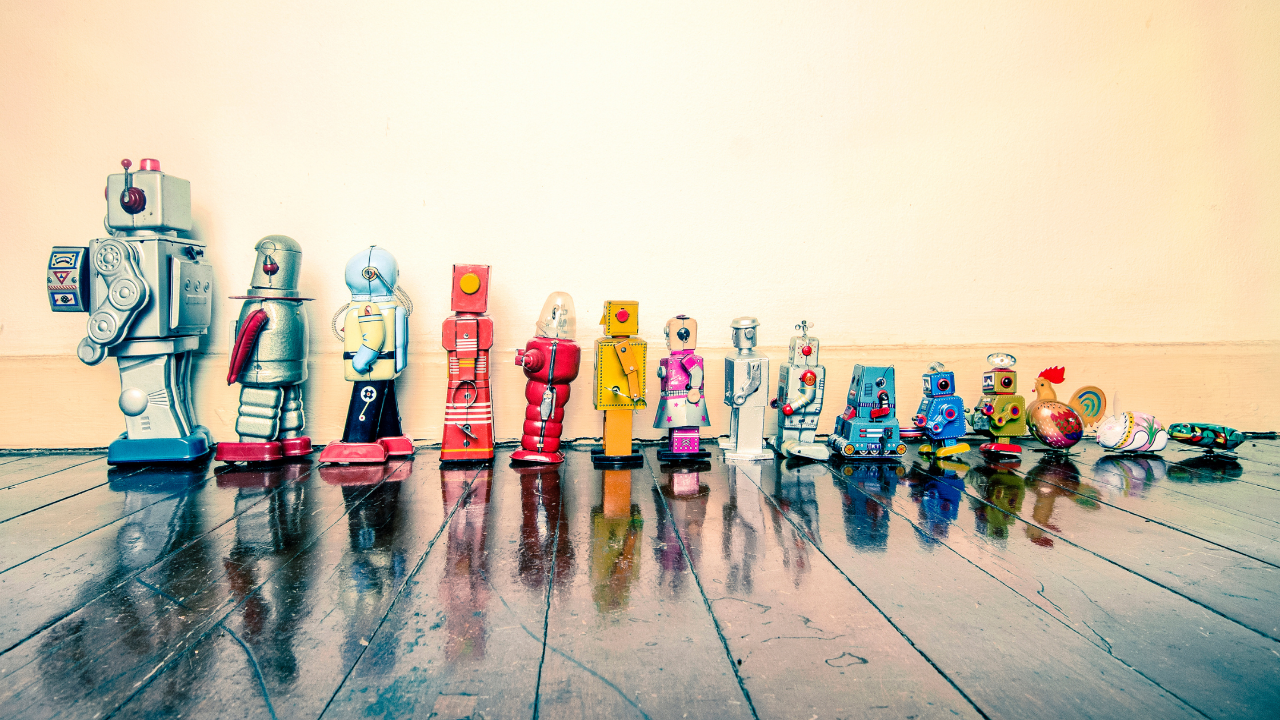 Some things I wish I had been told as a kid: 1) A lot of your life will be determined by your mindset. Be pessimistic and your fears will be fulfilled. Be optimistic, and at least you'll face challenges with your full will power. 2) save money. Even a dollar a paycheck. 3) Incremental progress. Slice a goal into tiny daily steps. The “compound interest” on this is powerful. 4) Your teenage years will mess you up mentally. It's biology. Don't worry too much. It'll get better. 5) Making connections with people using empathy will make your life better. 6) Learn to write and tell stories. Storytelling is the fundamental unit of the universe. 7) Sleep. Eat ( not junk ) . Exercise ( even just walking ) — will change your life. ( esp. sleep ) 8) Learn how to manage your finances. I lost 10 years of life to Capital Gains Tax. The emotional toll is devastating. 9) Find folks who are like minded. Find your “peeps”. And cultivate relationships. 10) Read. A lot. Nonfiction and Fiction. 11) Get a sense about Math. It's really not “that bad”. Having an intuitive sense about math at an early age changed my life. 12) Have a pet. Love is a universal healer. 13) Do not put others down. It only pulls you down. 14) Be learning every day. You are an eternal Student. 15) Find a way to share what you've learned. Teaching can be very fulfilling. 16) Declutter. Remove visual noise, throw that old jacket away ( or donate it). eBay is your friend ( sell! ) 17) When you feel bad – Go To The Doctor. I had undiagnosed Diabetes for years. Metformin changed my life. 18) Do not wait. Seriously. Don't wait. Do the THING. You know what it is. The thing you long to do — write, sing, art, build. Whatever. GO DO IT. Life is super short. 19) Be thankful. Be grateful. Make a list of the things you are grateful for and keep adding every day. This will change your life. 20) Make a list of 10 ideas a day. It could be “10 ideas for better investing” or “10 ideas about fantasy characters” or anything. Getting ideas down trains your brain to be an idea machine.

As I'm playing more with #observablehq I'm seeing how powerful it is in many ways. One way is how you can embed views of some logic and game in another site. For instance, I have a simple icon generator that gives you a score based on if you match colors and shapes. Check it out below.

This game is based on a few other Observable notebooks in a chain fashion. You can see the original Observable Notebook here –> @triptych/monster-icon-mix-up It allows you to share just individual cells if you want – and all the logic / js / css carries over. I'm really super impressed. Also with Write.as for letting iframe embedding. The combo is just super powerful.

Peering into the house

Just to give you a little insight into one writer's thought process while starting a new novel. I'm sure that some writers get everything plotted out and perfect before writing that first chapter. Every character is fully formed and ready to get up on stage and do their thing. For me it's so much different.

For me, I feel like I'm a reporter who can travel to different worlds and see what's going on. I'm not so much creating a world, but I'm discovering something that exists outside of myself, and I'm just given the ability to see it first. It's almost like there's a story – inside a house on a foggy hill. I see the outlines of the house first, then as I approach the house I can see more details, or something that I thought was the house was really the pool house and the main building comes into focus.

I imagine I kinda peer into windows – seeing characters or situations in an isolated, disconnected way. For instance – for my next novel, I was thinking about the concept of a character who has some mystical abilities. They realize that powerful magical entities have broken free from a Tarot style deck of cards. They must find some way to confront and get the entities back into their cards. The idea at first was like a film noir character doing this in a big city.

I then hit upon something that happens a lot for me. I see a genre and think “how can I twist or invert that trope?” For me the trope of some everyday guy getting sent into a fantasy world with superpowers — the Isekai might get inverted by having a fantasy character sent to the normal Earth and be “powerless”.

These ideas kinda fused in my mind — getting further clarification of the storyline. I then tried to imagine what my MC might be like. Initially, I had written a few chapters of a novel where a girl watches a door as part of a family tradition — supposedly “guarding” it in case anyone comes through. She scoffs at this until someone actually comes through! And I thought perhaps this was the MC for my story. She would somehow have the power to control these cards and the battle weary dude who comes through a gate would have to train her.

But as the characters began to speak to me ( figuratively, of course ) I realized that the MC was actually a 35 yr old divorcee named Sylvia who runs a bookstore. Taking the house analogy — I was able to peer in and see more clearly one of the characters. I just assumed the store was a book store – though it seems kinda tropy...

And I immediately realized that the store is not a bookstore after all but a pet store. I'm not sure how it will all work out, but I'm getting closer 😁

But the point of it is this. Sometimes a story will just come to you. I have other snippets of the story – like the “Big Confrontation” and some plot twists here and there. This is just how I think about writing. I'm definitely a “pantser” and this really works for me. You might be just staring out on your writing journey, or you've been doing this for a long time. I just want to let you know that stories can come in many ways. Sometimes you have it all worked out and you know the ending before you even start typing the first word. Other times you are discovering the story as you write it. And that's exciting! Give yourself the freedom to try both ways. You never know that directions your creativity will take you.

As I was writing this post, I realized a bit more about the storyline – in terms of how the MC might discover the item that is the “gateway” that let's the fantasy character pass through. She is a marine biologist ( okay?) who runs the aquarium pet store with her mom. She's recently divorced and has moved back to her parents to help with the store. She loves to go diving off the coast nearby and discovers a kind of “pandora's box” and naturally she opens it. So, now SHE's responsible for the Tarot-style entities escape. The fantasy character who will help her is probably one of the characters from the cards ( I don't know yet). But which one? And is this character REALLY have her best interests in mind? You'll have to read the story to find out!